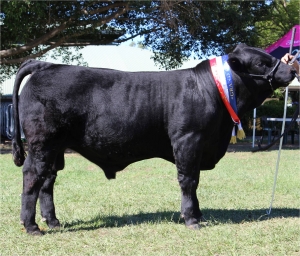 The first show for the season was at Proston where Midas Lothario received a first in the 12-15 mth class and Midas Leader was 3rd in his class under 12 mths. Midas Aster L003 was 3rd in her class with Midas Windlass K024 2nd in her class. The next show was Murgon where we had a Limousin judge who walked past us on most occasions. Midas Windlass... more details