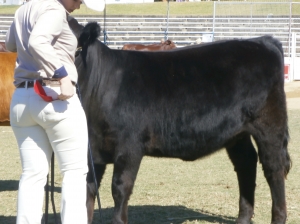 Well the EKKA has been and gone for another year with Midas performing very well in all classes entered.

Midas Sheraton M24 was in the female class 12-15 months and came second then progressed to Reserve Champion Junior heifer. 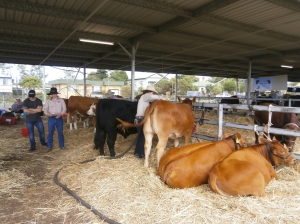 Yes once again Gelbvieh has indulged in showing off their cattle at the local shows and are now on their way to the EKKA.

2017 has been a mixed year in the showring with some successes. The season started at Proston with Midas Elsa M09 winning her class 12-15 mths and then Midas Tanya L35 beating Midas Windlass L37 in the older clas... more details